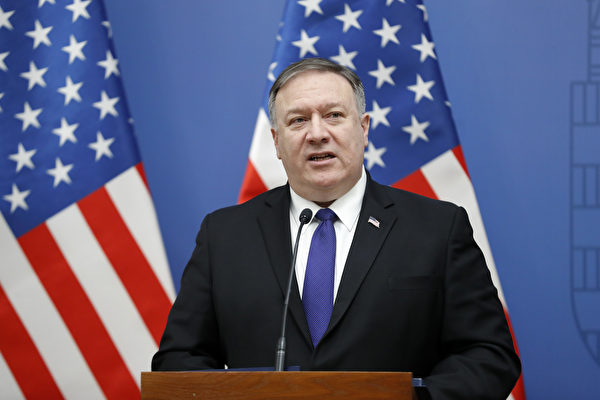 Secretary of State Mike Pompeo on Friday said all options are on the table for U.S. intervention in Hong Kong if China uses military action against protestors.

Extreme anti-government protesters have escalated their actions in Hong Kong over the past week, blocking major thoroughfares and transit hubs, occupying at least two universities, tearing up brick walkways, vandalizing cars and stacking debris to shut down movement.

At least three people have been killed and more than 2,000 injured as a result of the protests.

President Xi Jinping said Friday that the escalating violence of the protests are threatening the “one country, two systems” rule that the territory operates under with Beijing, MSNBC reported.

A former British colony, Hong Kong maintains a freedom for its own system of government but is also accountable to Beijing. The one-country, two-systems form of government in Hong Kong provides greater freedom and liberties than other Chinese territories.

Pompeo, speaking at Rice University in Texas on Friday, said the U.S. encourages political discourse and protection of the “one country, two systems,” status but said he never rules out what President Trump may want.

“I just never foreclose any possibility for how President Trump might think about how we should appropriately respond,” he said.

“We’ve encouraged not only Beijing, but the protesters to engage in this political discourse for what the people of Hong Kong want in a way that is nonviolent, that can — with some hope, be resolved in a way that is peaceful, with few injuries and less violence. That is our expectation, and we’ve made that clear to everyone operating in that space,” the secretary said.

Anti-government protests were first sparked by a Chinese bill that would extradite residents of Hong Kong believed to have broken a mainland law. Many in Hong Kong saw the law as threatening their autonomy.

Those protests have devolved over the past half-year as demonstrators feel their demands, including for new elections, have yet to be met.

The House of Representatives in October unanimously passed legislation calling for closer scrutiny of efforts by Beijing to interfere in Hong Kong society. It’s unclear when a companion bill in the Senate will receive a vote.